You know how we always tell you that leaving more leaves of grass results in quicker recovery, and quicker recovery means more forage for your livestock?  If you’d like to see that in action, here some videos you’ll like. 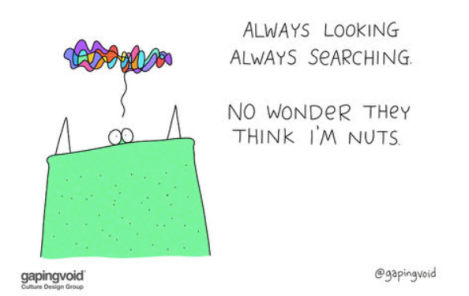 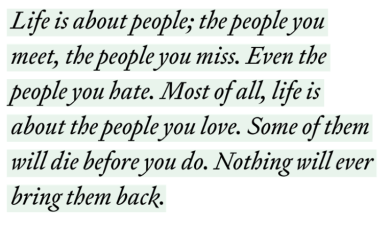 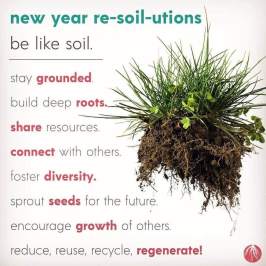 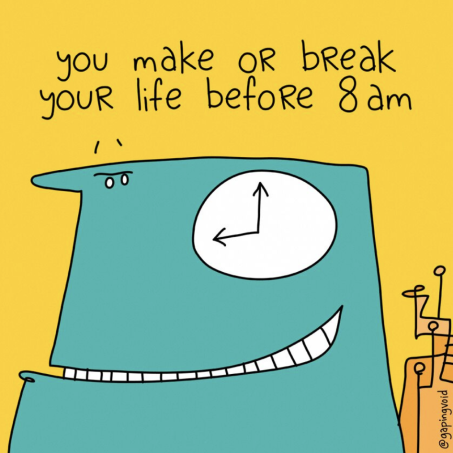 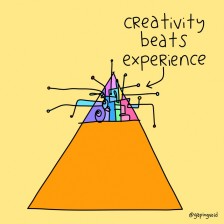 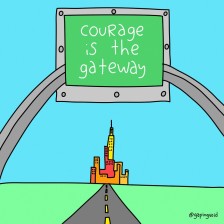 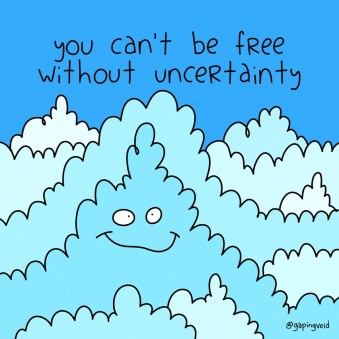 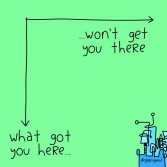 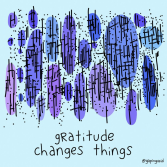 “No. You missed that,” Scott Johnson says, correcting a caller. He and his wife, Jean, were traversing a part of eastern Colorado on one end of a long-distance struggle with cell service. The caller had entirely missed the point Scott made about holistic management. It is much more than grass.

The template of holistic management laid over the Johnson family’s Flying Diamond Ranch, Scott explains, is a collaboration of moving parts. It considers the harsh seasons of Colorado’s semiarid eastern plains and the sustainability of the ranch’s composite Angus herd. It is management of predatory coyotes, of spring calving and scrutiny of meat markets. Most of all, it is family — this one taking its first steps into a sixth generation with five grandchildren, four born in 11 months.

“Do you follow my way of thinking?” Scott asks. “If our ROI [return on investment] is great, but someone is maimed, we wouldn’t be real proud [of our performance]. We will give up profit for safety or harmony,” he says. “The focus is on the whole. If we’re not getting along as a family, if we’re not safe, then the rest of this really doesn’t matter,” he explains. “It’s its entirety. Its wholeness. Its balance. Not perfection. But, bottom line, [we are] profit-oriented. Business is business.”

BORN ON A CATTLE DRIVE

Flying Diamond is 112 years in the making. Charlie Collins, Scott’s great-grandfather, fell in love with the land when, as a teen in the late 1800s, he trailed cattle near the banks of Big Sandy Creek on a drive from Mexico to Montana. By 1907, Collins had moved his family from Kansas to Kit Carson, where the ranch is still headquartered today.

The ranch is dominated by a shortgrass and sand sage landscape. Thick riparian areas border the Big Sandy and Horse creeks, tributaries of the Arkansas River. Culls are based on a female’s ability to wean a calf every year beginning at age 2 and succeed in 13 inches of precipitation and temperatures running the scale from below zero to above 100ËšF.

The cattle winter on corn circles in Kansas and Nebraska. “We like to rest our pastures during the winter. It’s healthier for our grass to have the cattle off and let it rest, and get a little more growth,” Jean says. Scott adds, “Having cattle on cornstalks, our day-to-day chores slow down a little bit in the winter. We can give family a little breather.”

Flying Diamond is an operation run by a family of type A personalities, Scott allows. “We’re not real chitchatters. We socialize. We have good times. We want to maintain excellent family relations. But, we’re not sitting around drinking a lot of coffee.”

Scott and Jean anchor the Flying Diamond’s fourth generation. Their four adult children represent its fifth. Ownership is based on a meritocracy. The more a family member contributes, the more they own.

Jen Livsey, married to Jay, is the oldest. She is a Princeton University undergraduate and the first female graduate from the King Ranch Institute for Ranch Management. She recently opened Eastco Group, a livestock and drought insurance business. Jen oversees the rotational-grazing plan and analyzes purchase and lease opportunities.

More Recommended for You
Will and Lauren Johnson live full-time on the ranch. A Marine Corps veteran, Will is CEO of Flying Diamond Ranches Inc.

Myles Johnson and his wife, Katie, live in Idalia, Colorado, where Myles is the K through 12 superintendent of schools. Myles is the ranch’s administrative officer, managing compliance, meetings and corporate records. Katie is a certified public accountant and manages the ranch books.

Charlie Johnson and his wife, Kaitlin, live in Kit Carson. He is chief operating officer (COO) of Flying Diamond Ranches Inc. He partners with Jen in livestock and drought insurance.

Business is organized around communications—face-to-face, weekly conference calls and a monthly executive committee meeting. Quarterly board meetings are a newer function Kirk Samuelson, Scott’s cousin, brought to the ranch. Samuelson served as COO of Fortune 500 Kiewit Corp., in Omaha, until he retired. He and Scott are cochairmen of the board for Flying Diamond. Quarterly board meetings are formal. “Ten years ago, I was the dictator,” Scott admits. “Now, no one is comfortable with that. When we talk about family harmony, that’s not to suggest there aren’t red faces and pounding on the table.”

The board meetings are to play a role in the ranch’s vitality. “You go to workshops, and you hear horror stories,” Jean says. “Families won’t talk to each other. Ranches divide. That is a threat. How do you keep a 100-year-old ranch together for the next generation?”

The board meetings have a start-stop time and a structured agenda. They often include talks by outside experts. Assignments are given before the meeting—budgets, range management, cattle movements, fertility testing and branding, selling bulls, commodity markets and new market opportunities. “There is an element of accountability brought into the operation that we didn’t have before,” Jean says. “You are held accountable. What did you say you were going to accomplish? Did you do it?”

Flying Diamond’s meetings are collaborative. The goal is consensus. “At the end of the day, we want to come up with a compromise we can all live with. This is a new concept for us,” Scott explains.

New is a continuing education standard. Time spent in continuing education is measurable and reported quarterly toward an annual goal of 300 hours. Safety is one component. Jean is the ranch’s safety officer. She has organized horse- and cattle-handling courses. “We specifically do safety training, communicate safety and track safety by hours per year.”

Calving runs from March through May. “We try to mimic nature,” Scott says. “We calve when the deer and the antelope and the elk calve.” Cows graze on spring grasses and not supplemental feed, and the calves generally miss late-season blizzards. Predation is better managed. Calves invite coyotes in the dark of winter. Coyotes have a wider menu in the spring, when the ranch’s wildlife also is giving birth.

“Deer and antelope spend zero dollars, and their offspring have a 50 percent survival rate,” Jen told ColoradoBIZ in a February article about Flying Diamond Ranch. The goal of the ranch, she explained, is to improve the odds of survival among the calf crop but mimic nature to lower production costs.

And here, an example of holistic management: “Our guys aren’t out in blizzards. The weather is better for the calf and better for us,” Scott says.

Cattle graze only 5% of the ranch’s ground at any one time. Nearly 200 miles of single-strand electric interior fence mark paddocks typically less than 300 acres in size. Cattle graze in some paddocks no more than three days in a growing season. Stocking rates once ran 40 acres per cow/calf unit. Today, it is 30 acres per unit. “We are able to run 30% more animals. Maybe we’ll be able to get to 20 acres per cow/calf unit with more intensive grazing,” he says.

Flying Diamond has laid out 20 miles of water pipeline with the assistance of Natural Resources Conservation Service’s Environmental Quality Incentives and Conservation Stewardship programs. Seven wells pump water to 23 stock tanks. The family has an eye to tightening its grazing practices—that cattle would graze no more than 1% of the ranch’s acreage at any one time.

ONE GENERATION TO THE NEXT

Holistic management is one of many parts. Flying Diamond Ranch has won its share of acclaim for this approach as the recipient of the Colorado Leopold Conservation Award and regional Environmental Stewardship Award, the latter partially sponsored by the National Cattlemen’s Foundation.

“It sounds like science fiction to us, but maybe it’s something that’s coming,” says Jean, not setting aside opportunity perhaps born of a petri dish. The future does not discourage Flying Diamond Ranch. “We’re bullish on agriculture,” Scott says.

The Flying Diamond Ranch evolves and grows and shifts for a time beyond Scott and Jean, and perhaps beyond Jen, Will, Myles and Charles—from today to a time for five grandchildren: Collins, Sofia, Clint, Stella and Henry, growing up among the hills of Colorado’s plain.

One generation builds on another. “We think,” Scott says, “that future is pretty bright.”

On a water tank where the water is being heated by the ground; the warm water will circulate by it self to the top because is less dense than the water exposed to the cold wind.

Hence why most insulate the top and only allow a small square for cows to stick their heads in to drink.

Check this site out. There is more information and Ideas here that will help with the Freezing Water Issue.

The University of Nebraska-Lincoln Department of Agricultural Economics annually surveys Nebraska land professionals including appraisers, farm and ranch managers, and agricultural bankers. Results from the survey are divided by rental rate class and summarized by the eight Agricultural Statistics Districts of Nebraska (Figure 1).

Reported rates for cow-calf pair and stocker from the Nebraska Farm Real Estate Market Highlights include by district the average, high third quality, and low third quality. The range in these averages reflect the differences in the quality of the grazing land. Features influencing the quality of the grazing land might include the mix of the forages present during the growing season, livestock water sources, fencing upkeep, and general market competitiveness for the area.

Negotiations on contractual terms for the grazing season include considerations on the landlord and tenant’s willingness to provide fencing maintenance, weed or brush control, and monitoring or providing water. Depending upon the willingness of either party to maintain, control, or provide these resources as part of the lease, the final rental rate may vary accordingly as panel members noted.

In addition, panel members also reported on the need for reviewing leases to account for different kinds of weather-related disasters such as flooding or drought. Reviewing these provisions by the appropriate agency or organization providing disaster assistance ensures compliance on grazing land in the case of an adverse weather event.

Please address questions regarding preliminary estimates from the 2018-2019 Nebraska Farm Real Estate Survey to Jim Jansen at (402) 261-7572 or jjansen4@unl.edu.

Interviews with the authors of BeefWatch newsletter articles become available throughout the month of publication and are accessible at https://go.unl.edu/podcast.